The History of the Internet

Major Events In The History Of The Internet

The internet is a global broadcasting capability, a device for information dissemination, and an agency for interaction and collaboration between people and their computers without regard for geographic location. Thus, the internet is almost like a miracle.

It was Nikola Tesla in the early twentieth century who imagined a world wireless system. Later, visionary thinkers like Vannevar Bush and Paul Otlet in the 1930s and 1940s conceived of a searchable, mechanised storage system of media and books.

In the early 1960s, the first practical schematics for the internet arrived, when MIT’s J.C.R. Licklider familiarised the idea of an ‘Intergalactic Network’ of the computers.

Another catalyst in the creation of the internet was the heating up of the Cold War. The Sputnik satellite was launched by the Soviet Union, which spurred the U.S. Department of Defense into thinking of ways to disseminate data even after a nuclear attack. This is how Advanced Research Projects Agency Network (ARPANET) came into existence. ARPANET was the first network of its kind and ran on packet switching technology.

The very first time computers were connected was between Stanford and UCLA on 29th October 1969. They were the first hosts for what we now call the internet. The first message that was sent across the network was ‘login’; however, the link between the colleges crashed on the letter ‘g’. Later, an ARPANET network was established between MIT, Harvard, and BBN in 1970. BBN is the company that formed the interface message processor computers utilised to connect to the network.

Introduction of the Email

In 1971, Ray Tomlison developed the email. He made the decision to use the ‘@’ symbol to distinguish user name from the computer name, which is known as the domain name.

The history of the internet would be incomplete without mentioning the birth of the eBook. In 1971, Project Gutenberg began, which is a global effort to make documents and books in the public domain available electronically and for free in a variety of electronic formats and eBooks.

Michael Hart gained access to a huge block of computing time and realised that the future of computers was not only in computing, but in storage, retrieval, and searching data that, at the time, was contained only in libraries. He manually typed the ‘Declaration of Independence’ and introduced Project Gutenberg to make data contained in books available in electronic form.

France started with its own ARPANET-like project called CYCLADES in 1972. Although CYCLADES was eventually shut down, it did pioneer a key idea that the host computer should be liable for data transmission instead of the network itself.

ARPANET created its first transatlantic connection in 1973 along with the University College of London. It was in the same year that email was responsible for 75% of all ARPANET network activity.

The Beginning of TCP/IP

In 1974, a proposal was published to link all the networks together to form a single ‘inter-network’, which would possess no central control and would perform around a transmission control protocol, or TCP/IP.

With the popularity of email, John Vittal, a programmer at the University of Southern California, developed the first modern email program in 1975. This program made the biggest technological advance, which was the addition of ‘reply’ as well as ‘forward’ functionality.

1977 was a big year in the history of the internet because Dale Heatherington and Dennis Hayes developed the first PC modem. However, it was initially sold to computer hobbyists.

The Bulletin Board System

The first Bulletin Board System (BBS) was developed in 1978 in Chicago during a blizzard. In the same year, unsolicited commercial email messages (spam) was sent out to 600 ARPANET users in California by Gary Thuerk.

The Introduction of MUD and Usenet

The precursor to Second Life and World of Warcraft, called MUD (short form for MultiUser Dungeon), was developed in 1979. MUDs were completely text-based virtual worlds, bringing together elements of games, role-playing, fiction, interactive, and online chat.

Usenet was created in 1979 by a pair of graduate students, and was an internet-based discussion system. The platform allowed worldwide users to converse about the same topics by publishing public messages categorised by newsgroups.

Tim Berners-Lee wrote the proposal for the World Wide Web in 1989. It was written to convince CERN that this global hypertext system was in CERN’s best interest. Originally called ‘Mesh’, Berners-Lee coined the term ‘World Wide Web’ in 1990. He also wrote the standards for HTTP, HTML, and URLs.

In 1991, the first web page was created. Its purpose was to introduce and explain the World Wide Web.

In the same year, the MP3 file format was considered as a standard, which later became a renowned file format to share entire albums and songs via the internet.

1991 also saw the development of webcam. The first webcam was set up at Cambridge University computer lab to overlook a coffee maker.

Commercialisation of the Internet

The first time the internet became commercialised was in 1995. Secure Sockets Layer (SSL) encryption was formed by Netscape, a web browser, making it safer to make financial transactions, such as credit card payments, online.

In 1998, the history of the internet was changed entirely due to the birth of Google, which revolutionised the way people find information online.

The internet has now become an ingrained part of our daily lives. We perform everything from booking for our travel, communicating, shopping to studying online. The scope of the internet has widened significantly and will increase with time.

Get updates and learn from the best

PrevPreviousDoes Anyone Even Send A Fax Anymore?
NextSales Pipeline ManagementNext
More To Explore 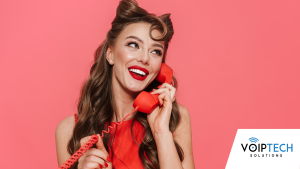 Why Landline Phones Are Still in Fashion in 2020?

Time to Read | 6 mins With cell phones dominating the 21st century, some may say that landlines are getting out of fashion. However, landline 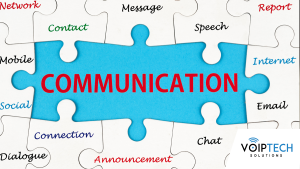 6 Tips for Virtual Teams to Cope with Communication Challenges

Time to Read | 5 mins Building virtual teams is not easy, especially when it is your first time to venture into this kind of

Do You Want To Boost Your Business?

drop us a line and keep in touch
Contact Us

All of VoIPTech’s WordPress hosting plans include robust features and add-ons specifically designed to make sure it’s easy for you to find success at each step of your online journey. We also work closely with WordPress.org so you’ll always have the newest version of WordPress available in your VoIPTech Hosting control panel.
Learn More

VoIPTech is a managed service provider (MSP) with a difference. We don’t dwell on repeatedly fixing the same network issues because we address the root cause directly. We recommend the best solution for you to save money and minimise stress, giving you back the time to focus on your business.
Learn More

Our unique and reliable business phone system ensures that you stay connected across multiple sites and locations, using any of your devices. The features that come with our packages will help you get the most out of your phone system, with no rocket science needed.
Learn More
USEFUL LINKS
Contact Us
Support
Why VoipTech?
Case Studies
Our Blog
Terms & Conditions
Privacy Policy